How to Clean Rusty Sockets

Rusty sockets can cause a loss of functionality and a degraded appearance, so cleaning all rust off those sockets is important. When you’re trying to decide how to clean off that rust, you can take a couple different approaches, and these are described below. 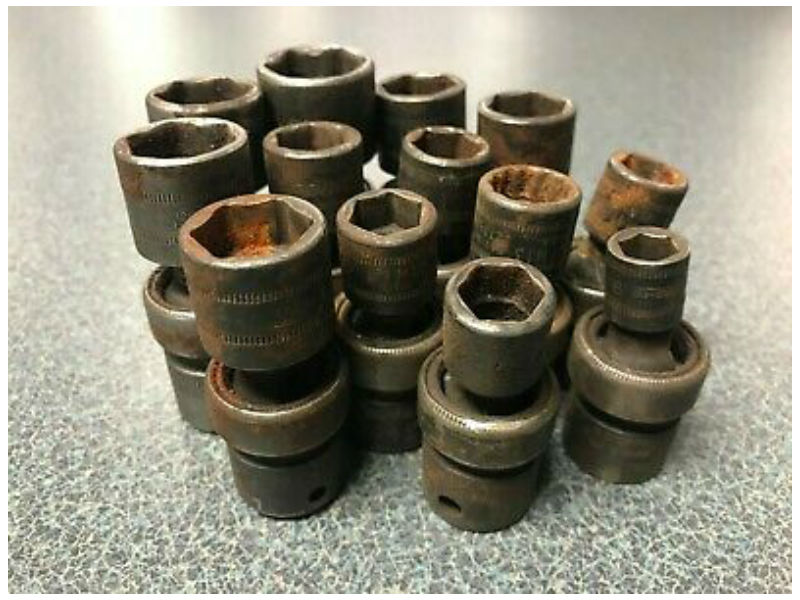 There is no better product in the world for removing rust than Magica Rust Remover, which has been specially developed so that it includes none of the harsh abrasives and acids which are typically found in other kinds of oxidation removing agents. Because it has such a mild formula, it can literally be used on any delicate surfaces you might have around your home, and it will not harm any of them during cleaning. It can also be applied as a gel or by using a spray bottle, so as to get at hard-to-reach objects like sockets. With just a couple sprays, you’ll be able to let the cleaning agent penetrate in, and then rinse away all traces of oxidation with ordinary water. Nothing could be easier or more effective.

To carry out a home remedy approach to removing oxidation, all you’ll need is a bucket, some white vinegar, and a wire brush. Put as much white vinegar in the bucket as you need to fully immerse the sockets or any other rust-covered surface you have, for instance, tools. Allow the tools or sockets to soak for a full day in the vinegar, and check the progress the next day. If more soaking time is needed, let them stay in the vinegar. If most of the oxidation has disappeared, you can remove the objects and eliminate any remaining oxidation with the wire brush. If you don’t have any Magica Rust Remover on hand, you can purchase it here, and it will be well worth your investment because you’ll get much longer life out of all those objects around the home which may have accumulated some amount of rust. You could also try a home remedy while you’re waiting for your Magica product to be shipped to you, and that process is described above.